Alaska Glaciers are in Significant Retreat 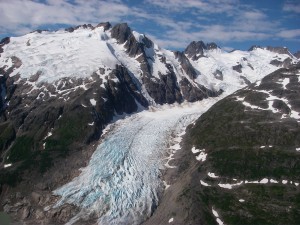 Research Geologist Bruce Molnia of the United States Geological Survey (USGS) has authored a comprehensive report on the condition of glaciers in Alaska that bears an obvious title The Glaciers of Alaska . Glaciers are ubiquitous features of the Alaskan landscape and contribute to our mental image of the Great Land.

A disturbing conclusion for most residents in Molnia’s work is that almost every glacier in Alaska is in significant retreat. Ninety-nine percent of the glaciers studied have thinned, halted or retreated from historical positions. Not surprisingly in this period of climate change, glaciers at lower elevations have changed considerably.

About The Glaciers of Alaska

The Glaciers of Alaska represents a remarkable resource on glaciers with its satellite imagery, historic and contemporary aerial photographs, and reference maps that document these rivers of ice throughout the state. Using the support of scientific research and its rich illustrations, Molnia is able to show us the distribution and behavior of Alaskan glaciers.

Satellite imagery proved vital in documenting glaciers found in the vast reaches of Alaska. Bruce Molnia spent four decades researching this report and it is being published by the USGS (USGS Professional Paper 1386-K) as the eight part of the Satellite Image Atlas of Glaciers of the World series. Additional material is provided in the report by other USGS glaciologists: 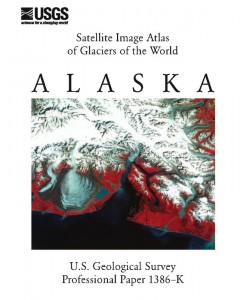 Glaciers compose about five percent of the land area of Alaska. Monitoring their behavior provides clues about climate conditions and is vital to protecting public safety. Glaciers and ice covered volcanoes have the potential of forming lakes by ice dams. The failure of these ice dams cause glacial outburst floods or jökulhlaups that can threaten life and property. The Municipality of Skagway and National Park Service conducted an aerial survey of glaciers in northern Lynn Canal in Southeast Alaska during the summer of 2007. The retreat of glaciers located within the Borough during the last thirty years was striking.