A Rough Year for the Alaska Fishing Vessels and Their Crews 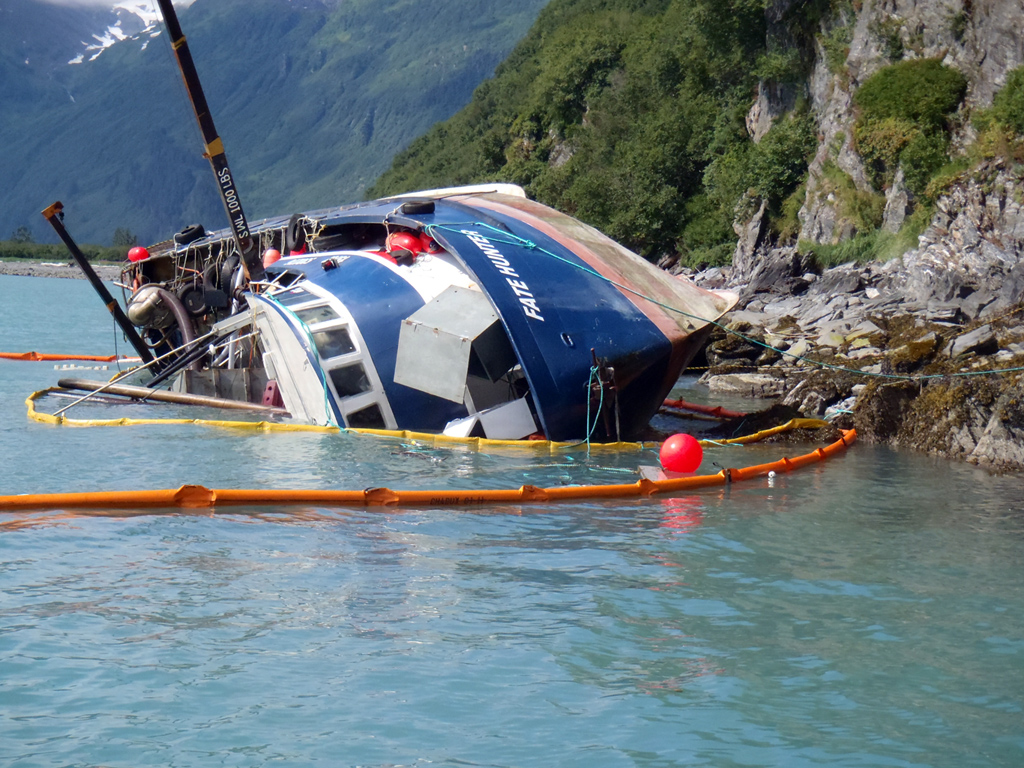 Coast Guard and State of Alaska personnel continue to monitor response efforts to remove pollution threats and fish cargo from the 65-foot fishing tender Fate Hunter, grounded near Shoup Bay, four miles west of Valdez, Alaska, Aug. 16, 2013. As of Aug. 15, 2013, approximately 320 gallons of diesel, 40 gallons of hydraulic oil, and 342 gallons of fuel and water mixture have been recovered from the vessel by Alaska Chadux and Global Diving & Salvage. U.S. Coast Guard photo by MSU Valdez.

2013 will prove to have been a rough year for the Alaska fishing vessels and their crews. Several fishermen have died and a high number of vessels grounded across the entire state. One accident involving the fishing tender Lone Star shut down the commercial Sockeye salmon fishery in the Igushik River due to concerns over oil pollution.