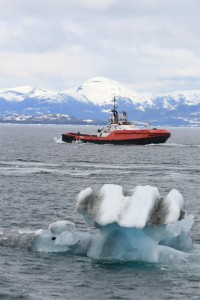 The International Maritime Organization (IMO) Maritime Safety Committee approved revisions of its cold water survival guide during November 2012. These standards were revised due to advancements made in our understanding of coldwater physiology and medical treatment. While the guidance is aimed at mariners, anyone working or playing on northern waters will benefit from its advice.

Wearing a life jacket is critical to surviving immersion in coldwater. The IMO guide describes the four stages of immersion, the first being the initial response to submersion. The sudden fall in skin temperature from contact with the coldwater causes an inability to hold your breath, a gasping reflex and increased stress to the heart.

These symptoms to coldwater immersion last about three minutes and then ease for most people. Many people, that are not wearing a life jacket to keep their airway above water during this initial phase, drown. This is probably where the myth of rapid death from hypothermia arises, in truth, if a person is not wearing a life, it is likely they will never reach the final stages of hypothermia. Hypothermia is considered present when the body’s core temperature falls to less than 95°F, a loss of only 3.5°F.

Another important topic addressed in the new guidance is the treatment of those apparently dead from cold water drowning or immersion. In some cases, those suffering from extreme hypothermia will appear dead. Their heart and breathing rates are so low that they cannot be felt. The IMO recommends recovering the apparently dead in a horizontal position, handling them gently and placing them in the recovery position. Hopefully they can be placed in a warm, insulated space.

Guidance in the updated document is provided in these areas:

The IMO Guide for Cold Water Survival is only 14 pages long, is well worth printing out, reading and placing a copy in your survival kit. Quoting the IMO, “Advance knowledge, planning, preparation and thought on your part can be the most significant factors in your survival – or in treating others who have been exposed to the cold. Familiarize yourself with the contents of this guide.”