Concerns for Vessel Stability: What Recreational Boaters Can Learn From Commercial Mariners 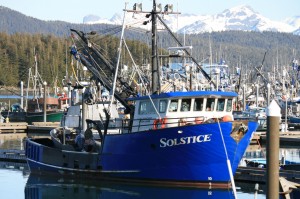 What is Stability? – Stability expresses the ability of a vessel to regain its upright position after an outside force like wind or waves heel it over. A stable vessel has the capacity to right itself after shifting loads, weather and other forces have rolled the hull over. An unstable vessel lacks the capacity to safely right itself after an external force acts on it and will continue to roll into capsize in severe instances. Stability changes during a voyage with shifts in wind, loads and waves. A truly stable vessel always has sufficient capacity to counter capsizing events encountered during an entire voyage.

Improving Vessel Stability – The most critical thing a recreational vessel skipper can do to address stability is to take care in the placement and number of passengers carried, and placement of additional cargo placed on a vessel. Carrying too much load lowers the boat into the water, reducing freeboard and making it easier for waves to come aboard. Weight carried too high up on a vessel reduces stability and makes it easier to roll the boat over. There are at least three factors that effect vessel stability, they are hull shape, the center of gravity and steps taken to prevent flooding in vessel spaces. Another factor can come into play is the movement of weight. This can come from the shifting of loose cargo like scuba bottles or what is known as free surface effort of water flowing across a deck.

Stable vessels naturally roll back to their upright position quickly. The time it takes a boat to roll and return to its original position is known as the period of roll. The period of roll is longer with an overloaded vessel, the longer the boat takes to right itself, the more concerned you should be with its safety.

These are a few suggestions for increasing the stability and ultimately the safety of your vessel:

Educational Materials – Stability issues cause a large percentage of all vessel losses. This is especially true of commercial fishing vessels, but the lessons learned apply to recreational boaters. The Alaska Sea Grant College Program has just released a film in DVD format titled Fishing Vessel Stability: Operational Practices. Produced in cooperation with Alaska Marine Safety Education Association (AMSEA), this is an excellent reference for any boater. A sample clip is available for download from the Alaska Sea Grant Bookstore.