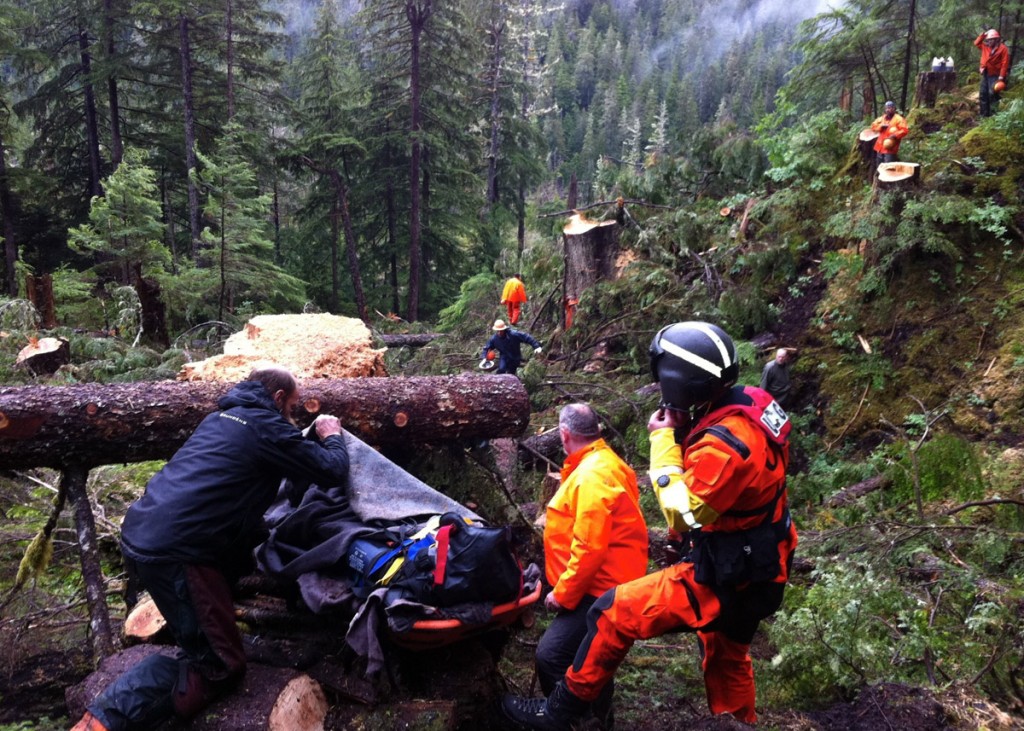 Petty Officer 2nd Class John Kline, an aviation survival technician from Air Station Sitka, and two loggers from the Hetta Logging Camp prepare Nick Brazil, 55, for transport to Ketchikan from the camp 17 miles east of Hydaburg after a logging accident July 28, 2011. An Air Station Sitka MH-60 Jayhawk helicopter and crew were launched from Sitka to medevac Brazil after it was reported to the Coast Guard that he had suffered a significant injury to his right underarm from a chainsaw. U.S. Coast Guard photo by Air Station Sitka.