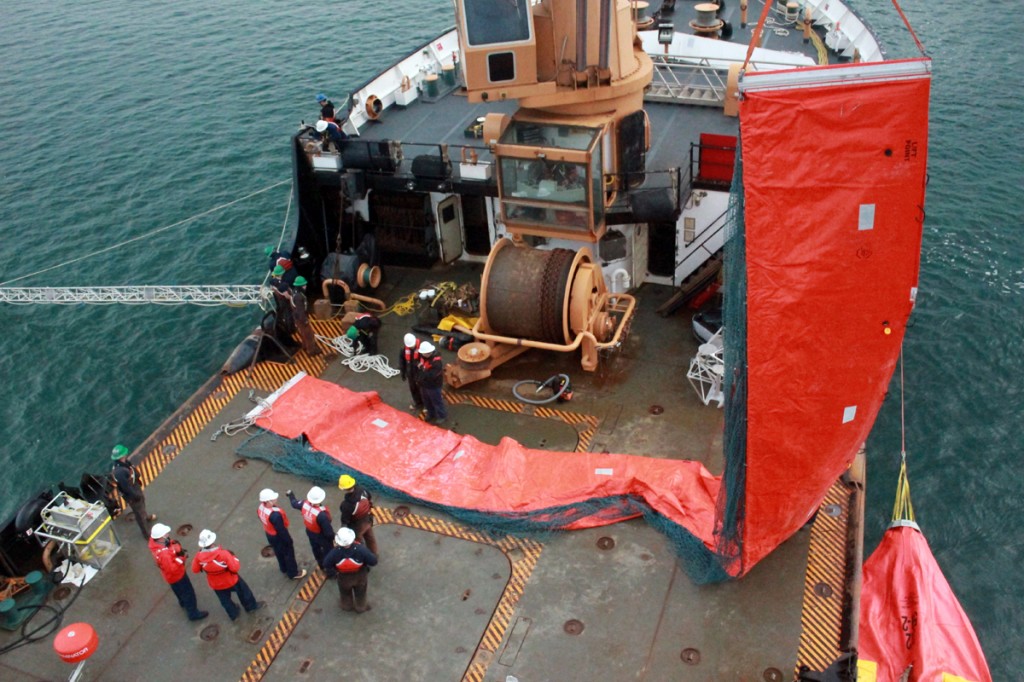 The crew of the Coast Guard Cutter Hickory deploys the boom during Spilled Oil Recovery System training in Kachemak Bay near Homer, Alaska, Aug. 28, 2013. Coast Guard crews train with SORS equipment annually in order to prepare for the event of hazardous materials spills.

The annual SORS training, which included extensive classroom-based Hazardous Waste Operations and Emergency Response education and the hands-on deployment of the vessel’s SORS equipment, is required by the Coast Guard in order to ensure crews are prepared to respond to hazardous material spills.

The SORS is a package of equipment designed to be stored aboard cutters like Hickory to increase the Coast Guard’s operational readiness for potential oil spills. The SORS package consists of an oil skimmer, inflatable boom, 13,000-gallon bladders used to store the collected oil and the necessary connections and fittings used to operate the equipment alongside the vessel. The boom is deployed alongside the vessel and used to corral the spilled oil so the skimmer can extract it from the water and pump it into the storage bladders.

“It’s important for crews to maintain their proficiency at operating the equipment used to accomplish the Coast Guard’s many, diverse missions,” said Ensign Corey Green, Hickory’s education services officer. “Deploying the SORS equipment is just one of the many training sessions we conduct each year to ensure that the crew of the Hickory is ready to respond when disaster strikes.”

The Hickory, nicknamed “The Bull of the North,” is a 225-foot, seagoing buoy tender homeported in Homer.