GPS and Principles of Navigation 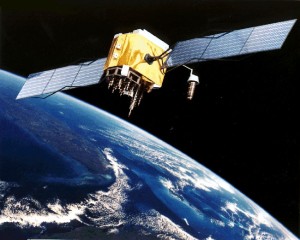 Once mariners started leaving sight of land, they have looked for ways to improve their navigational skills. Global Positioning System receivers have greatly improved our ability to find any location on the surface of the earth. A boater wishing to better utilize this technology needs to have an understanding of the basic navigation principals that underlie the digital readout of their GPS receiver.

Mariners have worked with a coordinate system for navigating the globe since the middle ages. This system uses lines of latitude and longitude. Lines of latitude are always parallel each other and encircle the earth in concentric rings from the south to the north poles. The Equator is the 0° parallel. The Topic of Cancer, Topic of Capricorn, and Arctic Circle are all parallels of latitude. Positions are either north or south of the Equator. Latitude is a function of nature and any competent sailor can estimate a rough value of their latitude. To find your position on earth, you need one more piece of information, longitude.

Meridians of longitude loop around the earth from north to south, all converging at the poles. The most well known line of longitude is the Prime Meridian at 0° running through Greenwich, England. Time zones begin at the Prime Meridian and the International Date Line is located at 180° longitude. Directions are either east or west of the Prime Meridian. Longitude posed a real problem for mariners in the middle ages. Lines of longitude merge as they go north or south and positions could not be determined while at sea until the advent of accurate timepieces in the 1700’s.

Latitude and longitude form a coordinate system. Each line of position encompasses 360°, each degree is divided into 60 minute units, and each minute is further divided into 60 seconds. A minute of latitude is approximately one nautical mile. Since longitude varies, a degree of longitude is much larger at the Equator than at the poles. Latitude is described as a number from 0° at the Equator to 90° at the north or south pole. An example would be 45°N or 30°S latitude. Longitude starts from 0 at the Prime Meridian to 180° east or west. Examples would include 120°E or 20°W longitude. Putting the two descriptions together can identify any unique location on earth. The convention for describing a location is to give the latitude first and longitude second. Seconds values are displayed as decimal minute values with GPS receivers. An example position would look like N40°34.56′ W80°33.45′ on your GPS display.

Nautical charts are divided into lines of latitude and longitude. Traditional marine navigation involved learning to read and navigate from a paper chart. Our earth is a sphere, but not a perfect sphere. The center of the earth bulges out at the Equator and this shape is called an oblate spheroid. The circumference of the Equator is roughly 23 miles longer than the distance around the Prime Meridian. This means our chart is a datum that tries to describe the earth’s surface, but is not perfect. The odd shape of the earth can put us in the position were GPS descriptions can be more accurate than available charts.

Modern GPS technology has seen the development of chart plotters. NOAA scans nautical charts into digital files that can be displayed on a Liquid Crystal Display (LCD) with the overlaying position information provided by the GPS receiver. It has become so simple that once a position is identified on the chart, the GPS receiver will provide the proper course information for the skipper to that point. This is a remarkable leap in simplifying marine navigation for both causal and professional boaters. The more you know about the underlying coordinate system and basic navigation, the better you can use a GPS receiver. Knowing the basics of navigation is also handy if the power ever fails or equipment becomes inoperable.

GPS receivers can be set to operate under different types of coordinate systems. Mariners use latitude and longitude. A backpacker using an USGS topographic map will likely be using a grid system to describe their position. Some GPS systems can be used in your car or on your boat, so knowing which coordinate system to use becomes important.