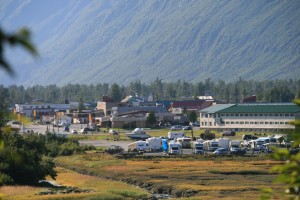 Those interested in outdoor recreational pursuits will find Valdez, Alaska a destination for all seasons and a gateway to Prince William Sound. This community is located on the northern shore of Port Valdez in northeastern Prince William Sound and backs against the rugged coastal Chugash Mountains. Port Valdez is the closest saltwater accessible by residents of interior Alaska living along the Richardson Highway running from Copper Center towards Fairbanks.

Fishing for Silver Salmon – Tolling for Silver salmon in Port Valdez during late August is one of the best fishing experiences found in Alaska. This is a terminal fishery supported by the Valdez Fisheries Development Association (VFDA), a private non-profit fish hatchery based in the community. Once this annual run of Silvers is in Port, the fishing is fast, furious and exciting. Silver salmon are remarkable fighters, making aerobatic twists in the air and threatening to break free at any moment. The Silvers are plentiful in most years and a typical bag limit is six fish per day. Adding to the anticipation of catching numerous big Silvers, the community hosts a substantially funded fishing derby each year during the salmon run awarding major prizes for the largest fish caught.

Port of Valdez Facilities – The City of Valdez operates the port and harbor facilities found within the community. Valdez Small Boat Harbor is an excellent facility for boaters of all stripes; recreational craft, charter boats, cruise ships, and commercial fishing vessels all moor there. The harbor enjoys use of one of the few environmentally friendly boatyards found in Alaska. Byproducts of vessel maintenance conducted in this yard are captured, treated and process water used is not allowed to reenter the ocean.

Port facilities operated by the City include the downtown dock, recently retrofitted to allow moorage of large cruise ships and a large shipping container terminal. The saltwater delivery terminal of the Trans-Alaska Pipeline is found in Port Valdez and is operated by the Alyeska Pipeline Service Company. Valdez is home to one of the largest oil spill response organizations found in the world, the Ship Escort Response Vessel Service (SERVS) mandated by the federal Oil Pollution Act of 1990 (OPA90). The act was passed in the aftermath of the Exxon Valdez oil spill disaster.

Winter Sports in Valdez – If waterborne activities like fishing, kayaking, wildlife viewing and cruising Prince William Sound doesn’t suit you, wintertime in Valdez may be the preferred season. Storms blowing in from the Gulf of Alaska run up against the towering Chugash Mountains and deliver their moisture in copious volumes. In the winter, Valdez receives up to thirty feet of snow and nearby Thompson Pass will get twice that much. Extreme skiing had its birth in the Chugash Mountains above Thompson Pass and skiing opportunities abound in the area. There are downhill runs accessible from the highway, alpine skiing facilitated by snowcat and helicopter, and miles of well groomed cross-country trails for nordic skiers maintained by the City of Valdez.

Valdez is a community rich in history and worthy of a visit by anyone interested in the outdoors. While water and snow based activities are prevalent, there are numerous other activities available as well. Bird watching, wildlife viewing, hiking, camping and summer softball are only a few that come to mind. As they say in Valdez, Even Mother Nature has Favorites.