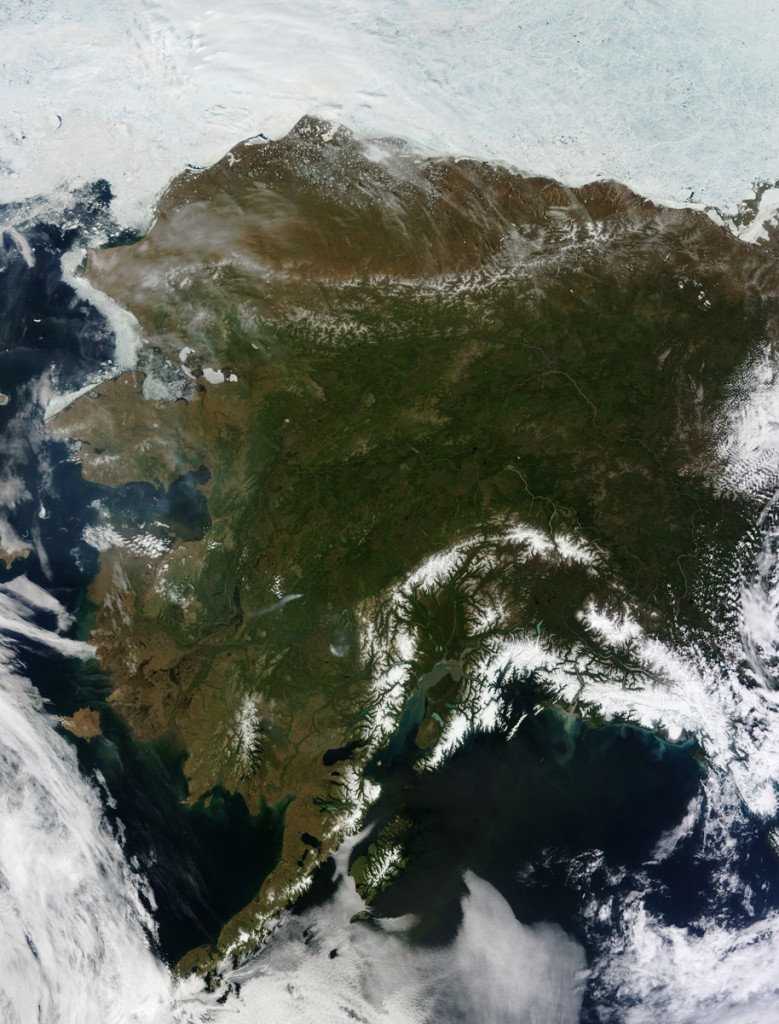 There has been some unusually warm and clear weather in South Central Alaska in the past week. Valdez saw its highest temperature ever recorded of 90° Fahrenheit on Monday, June 17, 2013, beating the previous record of 87°F registered on June 25, 1953. A very strong and warm ridge of high pressure parked itself over Alaska the week of June 16, 2013, causing temperature records to broken in at least five communities. The high pressure system provided NASA’s Terra satellite Moderate Resolution Imaging Spectroradiometer (MODIS) a chance to see the state without its normal assortment of clouds. At 586,000 square miles of land, it is rare for a satellite to have a clear view of Alaska.

Concerning this image, NASA points out on its Image of the Day Gallery that, “Snow-covered mountains such as the Alaska Range and Chugach Mountains were visible in southern Alaska, while the arc of mountains that make up the Brooks Range dominated the northern part of the state. The Yukon River — the longest in Alaska and the third longest in the United States — wound its way through the green boreal forests that inhabit the interior of the state. Plumes of sediment and glacial dust poured into the Gulf of Alaska from the Copper River. And Iliamna Lake, the largest in Alaska, was ice free.”

This is a truly remarkable view of the Great Land. A very high definition copy of this image (17Mb) can be downloaded from the NASA Image of the Day Gallery.