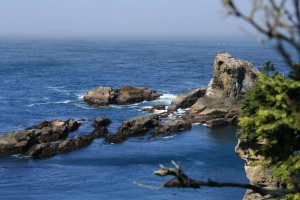 It is important to aggressively treat victims of drowning, especially in cold waters. Research and experience shows cold water has a positive effect on odds of potential survival in a submersion incident. Having guidelines for treating cold water near drowning are vital to improving marine safety.

Research and practical experience shows that rescuers shouldn’t give up prematurely on those that have apparently drowned in cold water. Chances for survival are much better for people inadvertently submerged in frigid waters. Statistically, drowning is the second leading cause of death in Alaska and a leading factor in most regions. The State of Alaska has been a national leader in development of guidelines for the treatment of cold related injuries and suggestions offered are based on this northern experience.

General Points – A personal flotation device (PFD) needs to worn at all times while near the water. Cold water in this context is defined as being less than 21°C (70°F). If the length of time in water is unknown, assume the best case scenario and start CPR. There is not much difference in the outcomes associated with drowning in fresh or saltwater. Treatment for drowning in warm or cold water is the same, but the colder the water, the better the odds of successful recovery.

Evaluation and Treatment – The key recommendation for rescuers is not to give up prematurely on a person that appears to have drowned in frigid water. There is a phenomenon known as the mammalian dive reflex that appears to offer us protection from drowning in cold water. This is even truer of younger children and infants who are much more resilient to harm than adults.

Some medical professionals comment that family members may give up on a drowning victim prematurely out of some sense of guilt. Don’t give up on treatment in a drowning, especially if it happens in cold water. Anyone who has survived a submersion should be taken to a hospital for evaluation. Fluids (noncardiogenic pulmonary edema) in the lungs can develop up to 24 hours after the incident.